What is a Midwife?

​The Midwifery Model of Care includes the following:
​"The application of this model has proven to reduce the incidence of birth injury, trauma, and cesarean section...The countries with the lowest mortality and morbidity rates for mothers and infants are those in which midwifery is a valued and integral pillar of the maternity care system. The midwifery model is a low-tech, high-caring model that produces excellent outcomes not only for low risk clients, but for vulnerable and at-risk people as well." - MANA 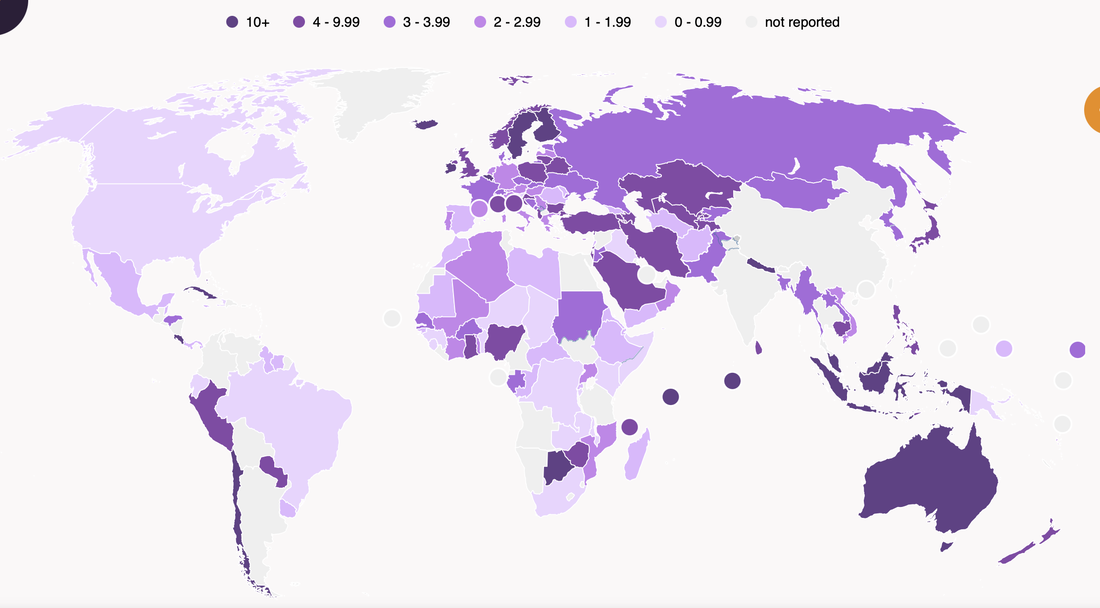 Midwifery Through the Years

​Midwifery is the oldest recorded career. Midwives have been helping families have their babies since before written history. Traditionally, midwifery skills were passed down from generation to generation with the most experienced midwives training the younger midwives. Often the older and younger midwives attended births together until the older midwife could no longer continue and then the apprentice became the teacher and took on a younger midwife to train. In this way, skills and knowledge were passed on from the ones who had seen and helped with more births and the younger ones received support while they were learning the profession.

In the 13th century medicine became a profession and a science. At the same time, all females were excluded from universities and thus female healers were seen as illegitimate practitioners. Until that time, babies had been born at home with the village midwife and many families were resistant to birthing with a doctor. In order to gain business and discredit midwives and herbalists, the doctors labelled them witches, denied their skills and expertise, and persecuted them for practicing outside of the budding medical system.

At this time, the profession of midwifery basically went underground and was carried on by the granny midwives of color and other poor women who served those in higher positions. There was little respect given to those who helped families have their babies at home. With the rise of witch hunts, the lower-class women healers were forever seen as superstitious and potentially evil. This opened the door for 17th and 18th century medical doctors to be seen as the "safe choice" for pregnant moms. In all fairness, with the advance of medicine, lives were being saved. With the development of germ theory, sterile fields, and understanding of anatomy, health care improved and `the maternal and infant deaths rates improved across the world. But as with many things, the pendulum swung too far and before long medical interventions began causing some of the problems they were hoping to avoid.
​

Where Are We Now?

Why does all of this matter? Because midwives are uniquely positioned to draw from the various aspects of maternity care. As part of our education, we work with experienced midwives to gain the knowledge that has been passed down through generations of midwives on how physiological birth works. This hands-on training allows us to see and believe that birth often works best when it is undisturbed. We also learn that there are situations that can come up along the way that would require medical intervention. We are thankful to have access to the information that has been learned through the years by the medical system. Their research and studies have improved birth outcomes by over 50%. Because of them, we understand germ theory, how to monitor fetal heart rates, the importance of supporting health through nutrition and lifestyle, and how to monitor for overall well-being of mom and baby. Midwifery care allows us to provide our clients with a holistic, natural approach to pregnancy and birth, while also knowing sometimes the medical advances are necessary to keep everyone safe.

As part of midwifery care, we value evidence-based care. Evidence based care is a 3-legged stool: Your history, your intuition, and your thoughts are an integral part of our care and necessary for you to receive evidence-based care. We don't believe that there is one right way to birth a baby. We believe in your autonomy and choice and that you can have a baby where and with whom you want. We do believe the evidence supports the use of midwives, and that our training and knowledge has helped improve maternal and infant outcomes through the years. Even today, midwives are vilified for the way they practice and the services they provide but we are thrilled to be a part of this birth community. We are so thankful that we are able to offer a safe birth option for families who are seeking midwifery care in East Tennessee.